Clues to grab from a real picture of a big deal. 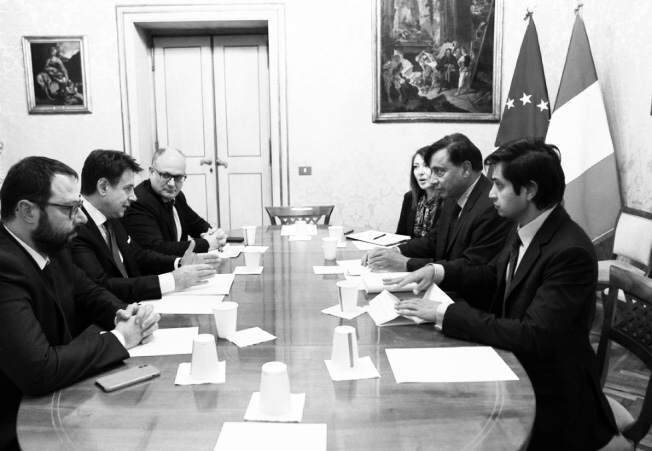 On the left, premier Conte between ministers Gualtieri and Patuanelli.

On the right, the Mittals (father and son).

We do not know what has been said, but we can get so much info, simply from what we see in the picture above:

ARRANGEMENT of the guests at the tables: one opposite to the other. Is there any other possible layout? Does this arrangement help cooperation or opposition of interests?

ROLES – On the left: Mittal jr and Mittal senior. How must they have split roles between them? Will the young Mittal be the first to speak? Will he be the one who brings the toughest points? Must Mittal senior be the last escalation point?

LANGUAGE – On the top left end, a young woman. She must be an interpreter (The Mittals are half Indian and half French). How could non native language impact on the negotiation? Is it always a disadvantage? Doesn’t it force you to be clearer, more essential and prepared?

DETAILS – Old paintings on the wall, Italian flag in the corner => it’s you (Mittal) who have a problem. So, it’s you who need to come to the Palace (ie.: Italian Government). Few A4 sheets of paper on the table (no laptops, no dusty paper binders) => few selected key points to discuss? A sheet folded into three, as a paper mail, in Mittal jr’s hand => a formal communication that has been sent?

LAST (but not least): a mobile phone on the table: Are you waiting for some more important issues? Are not you able to take your time for this deal?

When it’s said that 70% of a message comes from non verbal communication, arrangements, kind of language and details are included.

View all posts by Barbavara